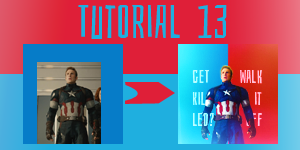 Made using Photoshop Cs5
Not directly translatable
Honestly kinda hard/exhausting to make cause it has 10000+ layers (or it feels like that anyway :p) and as usual there's lots of masking

My second Ask the Maker tutorial! This one is for

ohcaptain who wanted to know about this Captain America icon I made for the Random character challenge round 6. I'm pretty happy with this icon so I'm happy to provide a tut :)

I'm not sure where I got the cap, but I resized and cropped it like this (I knew I wanted to cut Steve out so all the other characters were unnecessary): 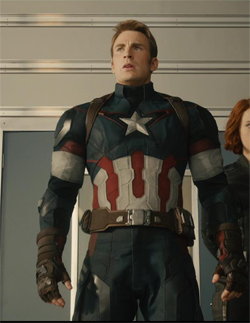 It's a very good base image cause it's bright and has some really nice colors for me to enhance! I also like the symmetry of the pose and how well you can see his costume.

Next, I used two auto functions, I'm pretty sure they're auto contrast (ctrl+alt+shift+L) and Auto hue (ctrl+shift+L). This makes the base better contrasted and evens out the yellowness with some blues. Result: 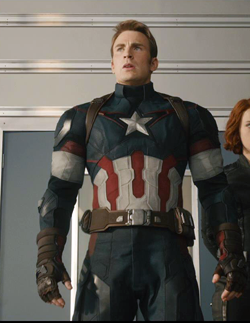 Time to start the actual coloring part: first I made a Vibrance (+100 vibrance) adjustment layer, then a selective coloring layer with the following settings:
Reds: Cyan -19
Cyans: Cyan +100, Yellow: -100
Set on 'absolute'; this makes the impact stronger!

This layer enhances the red-blue coloring. 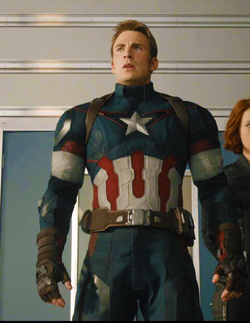 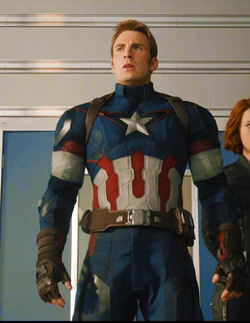 Next, I have a copymerge layer on soft light, 65% fill. This amps up the contrast a lot. 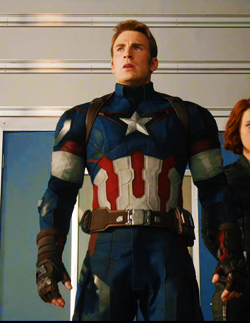 This adds some more vibrance, especially to the blues.

Next one only has one setting: the black in the Whites channel has been taken all the way down to -100. This is on absolute too. But I masked this layer so that it doesn't affect his face, cause I didn't want it to get super bright since I was only targeting the white parts of his suit with this layer: I want them to get extra white, not that muted neutral color they're now.

Then I added yet another Vibrance +100 layer, and set it on Saturation (not sure why... I'm pretty sure the same effect could have been reached just by fiddling with the actual Saturation setting!) 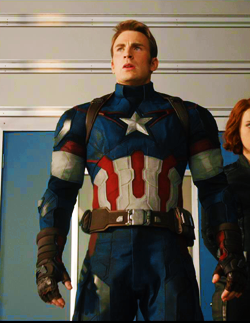 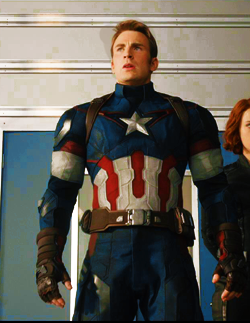 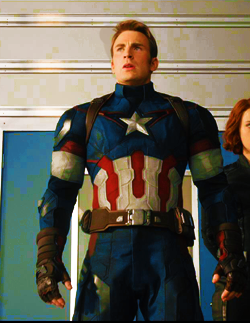 Now, there are some saturated colors in there but it's still pretty dark and I want the colors to be even clearer and brighter, especially the bkues but also his hair, so time for some handpainting in the loosest meaning of the word - these blobs are obviously not super accurate. I just used a soft large brush and painted with the colors I wanted somewhere near the area I wanted to color with it, then blurred them some more and found fitting settings. 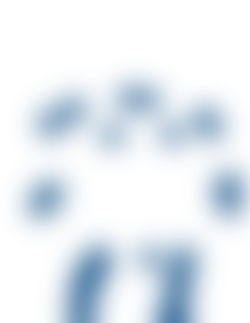 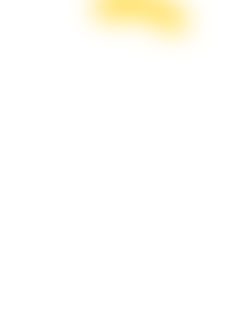 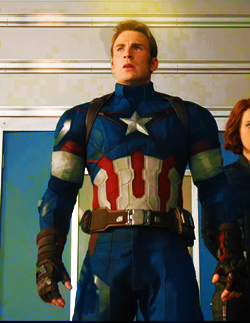 Starting to look pretty nice. But... me being me, it's still not extreme enough. I want MORE vibrance, so I used one of my favorite tricks: copymerge it many times, use image->adjustment->variations differently on each layer, then mask each layer until it only affects the desired parts.

For this icon I divided the icon into 3 colors: blue, red, yellow. I don't remember the exact settings I used with variations, usually I just click 'more x' (where x is the color I want to enhance) until the image is pretty much overwhelmed by that color, but it also helps you change the hue of the color a bit so for example if I wanted to make the blues more turquoise, I could have clicked 'more green' a few times. 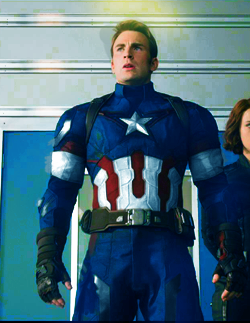 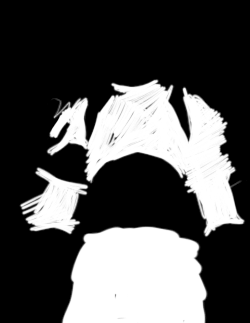 blue variations for his suit... 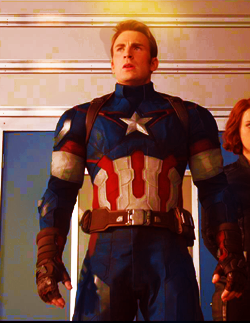 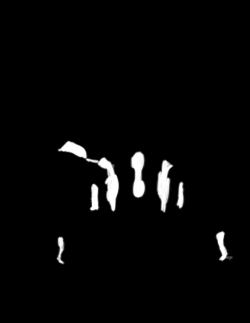 red variations for the red details 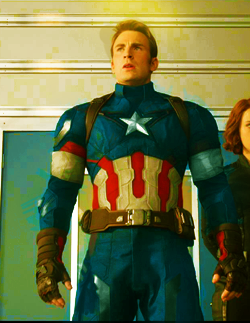 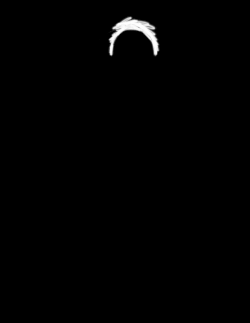 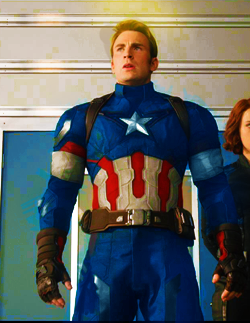 result! All the colors are about as bright as they can get at this point, but against those clear colors, the dirty, unclear look of the whites looks really bad. This is not easily fixed by variations, instead I did it with a gradient map: 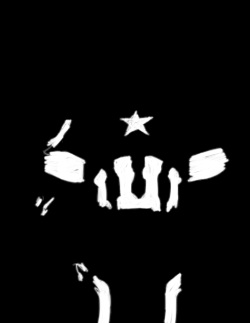 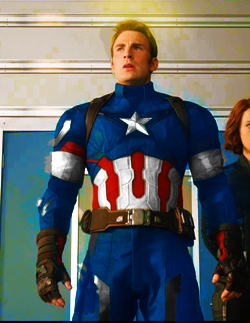 Notice that I dragged the white color stop quite a bit to the left, otherwise it would only make the white grey cause they're not 100% bright in the image!

Now I made a copymerge layer and set it on Soft light (40% fill). Then I made another copymerge layer, sharpened it with Filter->Artistic->Paint daubs (settings 1 and 1). I set this layer on Normal, 35% fill. I don't always sharpen my icons this way but it's one method that I like. It's ok for the image to appear a bit too sharp at this point cause it will look different in a smaller size.

Now I'm happy with the coloring and sharpness so the last thing to do in this size is to cut the character out of another copymerge layer. 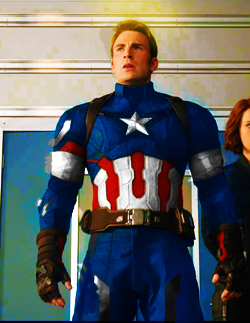 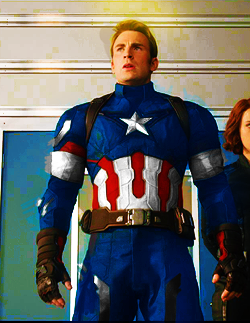 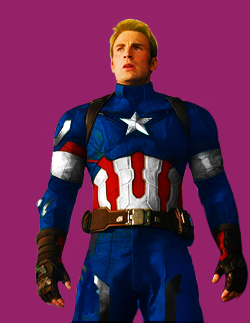 Now to the iconsized stuff! Working on the background first.

There are many ways to do a basic color split (could have just a color fill) but I used a Hue/saturation layer, where I changed the hue on master channel to 157. This is a pretty good way to find a fitting color split, cause if you leave the other settings untouched, you'll get a color that has similar luminosity and saturation than the one you started with. I used the rectangular marguee tool to select exactly half of the icon, then filled this selection with black on the mask. So that's how the color split happened. Then I just pasted Steve on!

Next, I did the text. The font I used is Bahiana, it's all in 18pt and in a light blue color (#b1f5fc). I honestly struggle a lot with text arrangements, and this time was no exception - initially I wanted background text, but then it got too obscured so instead I somehow ended up with this arrangement that sort of circles him. I hate it when the length of words makes things difficult - I wanted to use 'you get' and 'killed?' on separate lines but that just... wouldn't fit, so instead I decided to screw grammar and split 'killed' into two lines so that all three parts 'get' 'kil' and 'led?' are approximately equal in length. I do this pretty often and I find the result looks neater if I don't use any hyphens, even if I grammatically should.
Anyway! This text is in two different layers. I left the first layer ('get killed?') here but dragged 'walk it off' between the texture and the hue/saturation layer, and this is why that part of the text looks light red!

These text layers are rasterized and probably blurred a bit (gaussian blur on 0.2px) because I always do this on text, it gets so easily oversharpened. I also left copies of the text layers unrasterized so it would be easy to continue fiddling if I wanted to (and there is indeed a large number of alternative text layers with different fonts and arrangements hiding in there, but let's skip those...)
So here's what it looks like now:

Honestly I like this icon as it is, but I still added some basic light texture use to make it a bit shinier.

mm3butterfly texture that is cropped and resized. Then, I used a copy of the half-masked Hue/saturation layer and used a clipping mask so it only affects this texture. This way, I can make sure that the hues of the texture enhance the colors of both sides instead of acting against them! The texture is set on Screen 63%.

Next I used the gradient tool to make a blue->transparent gradient starting at the bottom of the icon. Again I used the same clipped H/S layer to change the other side to red, but since this one would be more visible, I blurred the mask so that it's a smooth gradient, not a straight line. I set this combo on Screen 50%.

this makes the bottom a bit brighter and shinier.

I used a very bright cyan gradient map, with the blurry-masked Hue/saturation layer (same one that was used on the blue gradient previously) on 50% fill, so it's more neutral on the right. I set this gradient map on soft light, 30% fill. The change is minimal but it does bring a bit of contrast.

Now I did one of those weird, overly complicated back-and-forth things I sometimes do when I just can't decide on something.
1. This yellow texture on screen, fill 36% (not sure whose it is but looks a lot like

raiindust!)
2. Copymerge where I used auto-contrast. This layer is on Normal 50%.
3. Copy the yellow texture so that the new layer is below the previous copymerge layer. Desaturate this texture layer (ctrl+shift+U). Hide the yellow version. Leave this grey version on screen fill 36%, as it should be on by default since it's a copy.
The purpose of all this? I just couldn't pick if I wanted to use the yellow or the bw version of the texture, so I went halfway with the yellow. :p

Then I added a vibrance +100 layer because I started to miss them after so many layers of not using them. Idk. Nothing is ever saturated enough for me :D

Finishing steps! First, a copymerge where I used either smart sharpen or unsharp mask. Those are my favorite ways to sharpen far crops cause they're subtle. I don't know which settings I used but they were too much anyway cause I lowered the opacity of this layer to 50%. (yes, sometimes I sharpen an icon both in the large size and in the smaller size. I like sharpness!)
Then, another copymerge where I used the smudge tool to manually blur the most jagged parts like the diagonal lines of his arms, and also around his hair.

sweet jesus this turned LONG. Sorry about that!! This icon just had so many layers both before and afterd scaling down to icon size. :p
I hope there was something useful here! I'm not surprised if something was unclear - in that case please ask and I'll clarify as well as I can :)
Tags: !maker: jsfunction, type: tutorial
Subscribe