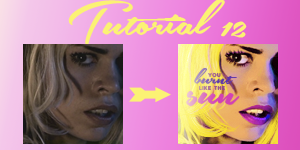 Made using Photoshop Cs5
Not directly translatable, I think
Not difficult but takes effort (AKA lots of masking!)

The first of my Ask the Maker 2016 tutorials! I made this icon for watchnicon in summer 2014, and it's so not my favorite out of my icons and it was a total shock for me when it won my 2014 bestof_icons poll, but since

dixon is wonderful and asked so nicely, how could I refuse! :)


I like to do most of my icons in two or three basic parts:
1. resize the cap to 40-50% of its original size; do most of the coloring in this size
2. resize to 200x200 and do most of the composition work as well as some texture use
3. resize to 100x100, possibly add 100x100 sized textures and some final touches like additional sharpening

Complex icons use all three parts, very simple icons that don't require detailed coloring only use the last part, and semi-complex like this one start with part 1 but then skip to part 3.

The original (resized) cap was probably from the DW section at Screencapped. It's quite dark, but I didn't let that stop me from trying to make it vibrant! (I hate caphunting. It's my least favorite part of iconing. This is why I often settle for any random cap I happen to find first, even if it's not really ideal iconing material, like this one!).
Btw, all of these steps were made in the size shown below, but I'll show the rest of the steps in a bit smaller size so they don't take too much space. 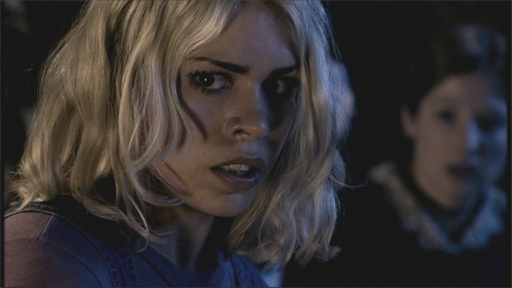 I used auto contrast (ctrl+shift+alt+L) in an attempt to bring at least some brightness to it! 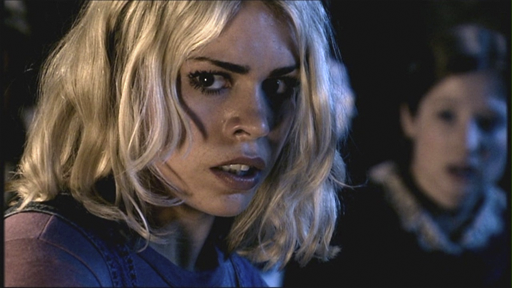 I don't know wtf possessed me to do this, I guess I wanted to go for an 'illustration' look, so I used Filter->Blur->Surface blur (don't know which settings). This gives the cap a hideous plasticcy look, kinda like topaz for those who don't have it installed but... I mean... it's ugly. Idk why I did this. (It's an old icon :') ) Probably because I thought brightening such a dark cap could lead to graininess unless I super smoothened it, but stilll... I could have at least lowered the opacity. It's on 100% o.O 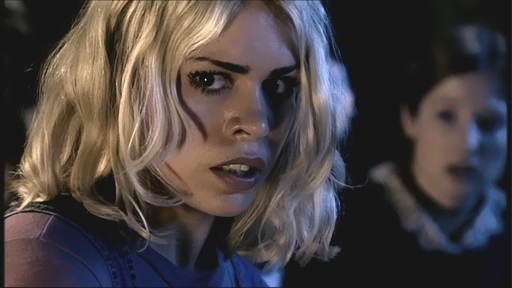 A series of basic coloring steps:
- a copper gradient: 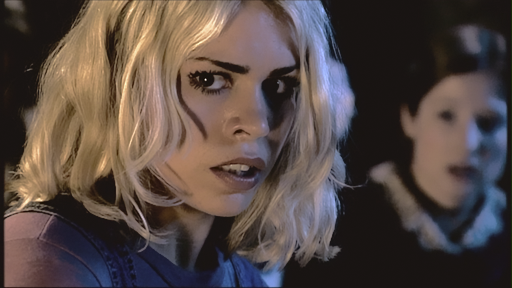 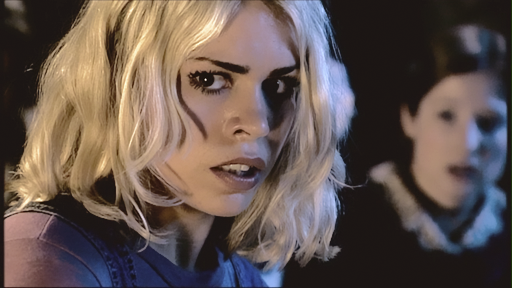 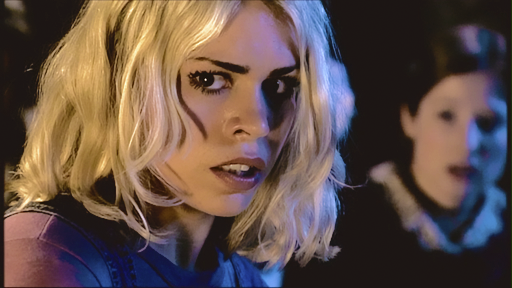 I wanted to take the painted/illustration look to total extremes, which is why I used this gradient map I used Selective coloring to make it more vibrant and to make more distinction between the reds and yellows in the image
Reds: cyan -68, yellow -26
Yellows: yellow +100 I used Image->Adjustment->variations to make the image all yellow, then masked the yellow image on everywhere but her hair. As you can see the masking on the left isn't super accurate (lol), that's because I already had a closecrop in mind and thought that area would probabloy get cut out of the frame. 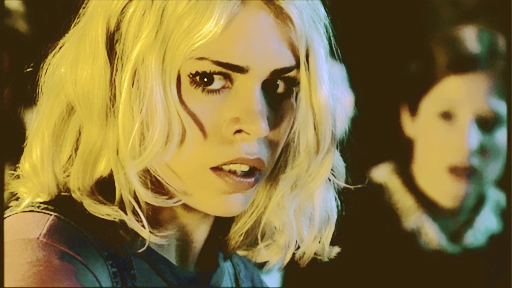 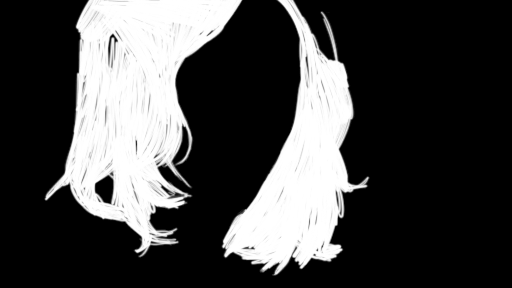 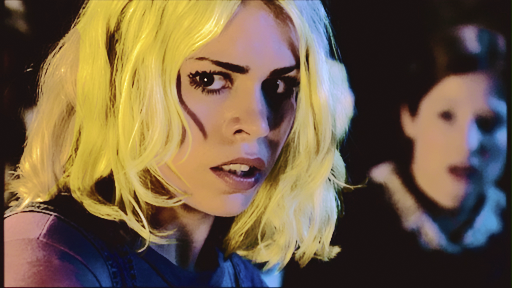 The image still looks boring cause it's all yellow, so next I added some pink and blue to selected parts. I made a Color balance layer with the settings:
Midtones: 0, 0, +100
Highlights: 0, -32, +48
Then I masked this layer too so that it only affects her lips, the less yellow parts of her hair, and a few lines I placed on her hair and eyelids etc. Idk, I just wanted some pink here and there :) 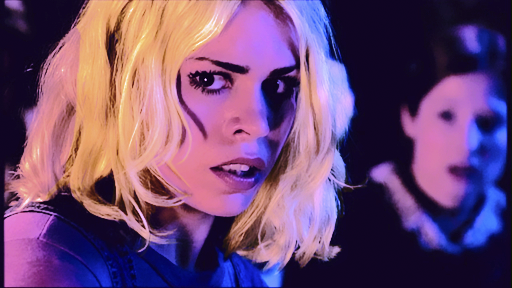 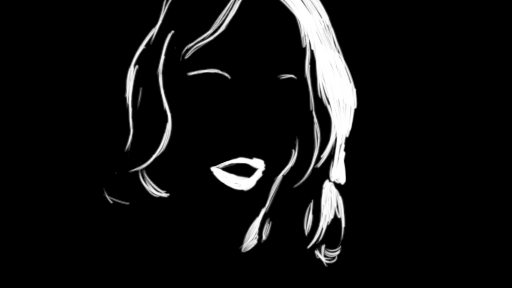 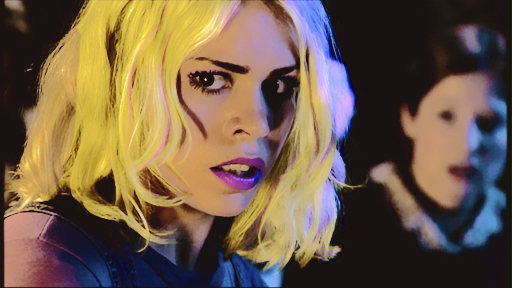 More coloring steps...
- another vibrance +100 layer to really amp up the colors!
- selective coloring:
Reds: yellow -14
Yellows: cyan -40, magenta -40
- a b&w gradient map on luminosity 100% and masked to only cover her yeyes and teeth (this brightens those areas without making them unnaturally white, like leaving it on Normal probably would have, though whether that's good or bad is up to you since this type of coloring doesn't try to be natural in the first palce :) ) 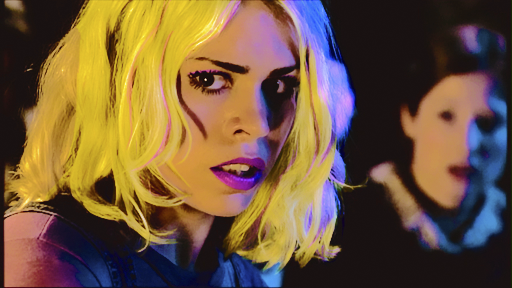 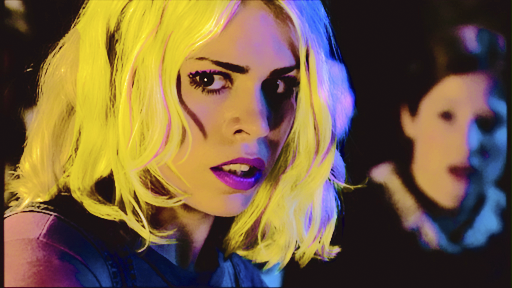 This is where the psd probably has some deleted layers cause I have no idea what happened. The first image is one normal 100% and is only a minor change from the last step so it probably doesn't matter what I did there. The next layer is much more yellow/green than the previous so perhaps I used Auto hue (ctrl+alt+L)? Anyway, on the more yellow layer, I used the gradient tool on the mask to create a smooth transition that makes the left side more yellow while leaving the right side pinkish. 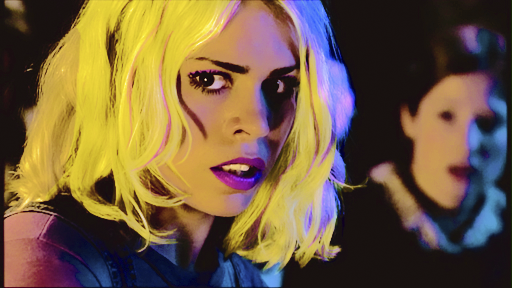 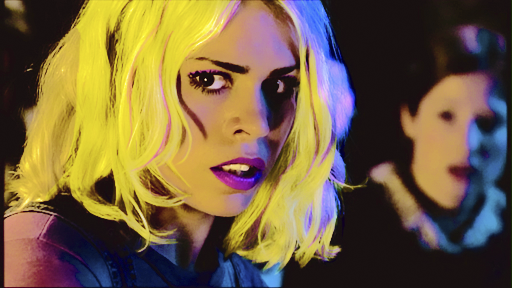 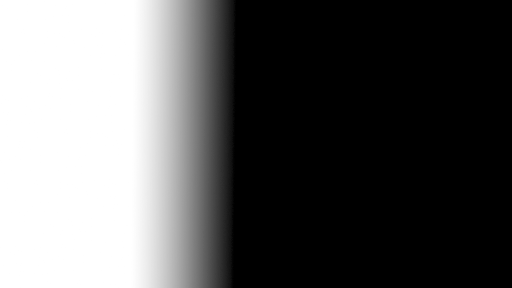 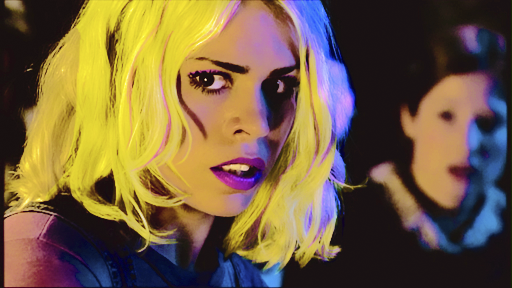 I was bothered by the yellowness of her skin on the left side, so I made a peach-colored (#ffc59f) color fill layer, masked it so it only affected her skin (only the more yellow half), and set it on Hue, fill 50%. It's not a very visible change though... 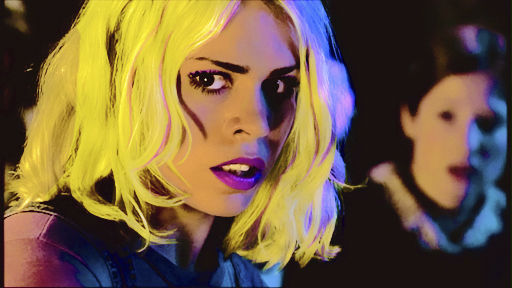 That's it with the large cap - let's go straight to the icon-sized stuff!

I resized it to icon size, and despite looking alright as a large image, it looks surprisingly murky and fugly in this size, so I immediately added a selective coloring layer with settings:
Reds: yellow -25
Yellows: cyan -59
Blues: magenta +100, yellow -50
Neutrals: black -26
Blacks: black +100

It's still dark as hell so I made a Levels layer with settings: 8; 1,10; 235 on the RGB channel. Now we're finally going somewhere.

I decided to add some hand-painting, not sure why. I made each of these brushstrokes on different layers but there are so many of them and there's nothing new to say about them so I'll just show them all together (on an added grey background) like this:

All the other strokes are on Normal 100% but the blue highlights are on Lighten to make them so subtle that they're pretty much invisible tbh.

Next I made a copymerge layer and it looks like I used some sort of sharpening filter, but I'm not sure which one.
Next I have another copymerge, but with... longer eyelashes? I probably did this with the smudge tool, because the lashes looked sort of jagged and visually 'harsh' before, so I wanted to make that area more smooth.

TEXT! I love text and there was an obvious placement for text on her cheek. I picked the colors from the icon, only made them a bit brighter. I don't like the text on this icon very much anymore, something about the fonts bothers me but if you must know which settings I used, they are:

As you can see, I like to spice up my text by combining different colors, sizes and fonts, but not too many in one icon. I'd say 2-3 different text styles is good.
This text is fairly standard, the only sort of interesting thing I did with it was that I masked a part of the 't' on 'burnt' out cause I found that looooong letter a bit distracting! :p

Um, even though this is obviously meant to be a 'flat colored' icon, I somehow decided that I wanted it to have some glow after all! So I made this black->light yellow gradient with the gradient tool, and set it on Screen 100%.

Next I have a few copymerge layers that look almost identical to each other but there are smaaalll changes to the quality: slight blurring of the most sharpened parts (aka the eye!), and usually also some resharpening of the blurrier areas but I'm not sure I did any of that in this icon. The point is that the whole 'trying to find a good sharpenss' part of iconmaking is not just one step! It usually takes 3-5 separate steps for me, sometimes more.

As an unnecessary finishing step, I added another Vibrance layer, this time Vibrance +20. Idk, it doesn't really change anything.

FINISHED! Like I said I'm not a fan of this icon, but hopefully this tutorial provided at least some tips for someone! :)
If you need more details on some part, or if you have other questions about it, please ask :>
Tags: !maker: jsfunction, type: tutorial
Subscribe